Returning to the skies

It’s been two years since I last flew an aircraft solo, and it’s been almost a year since I’ve flown one with an instructor so, needless to say, it has been absolutely amazing to get back in the sky after all this time. Nothing quite beats the feeling of waking up on a sunny morning for a flying lesson, and I’m feeling very privileged and thankful to be out here doing just that. As it has been a while since I flew regularly I was well aware that I could be quite rusty, but thankfully after a few lessons it all started to feel very familiar and it has been great to learn new skills and improve on things that I covered during my flying back in the UK. Now, this post is quite picture heavy so you may have to scroll for a while (I promise that it’s worth it)!! 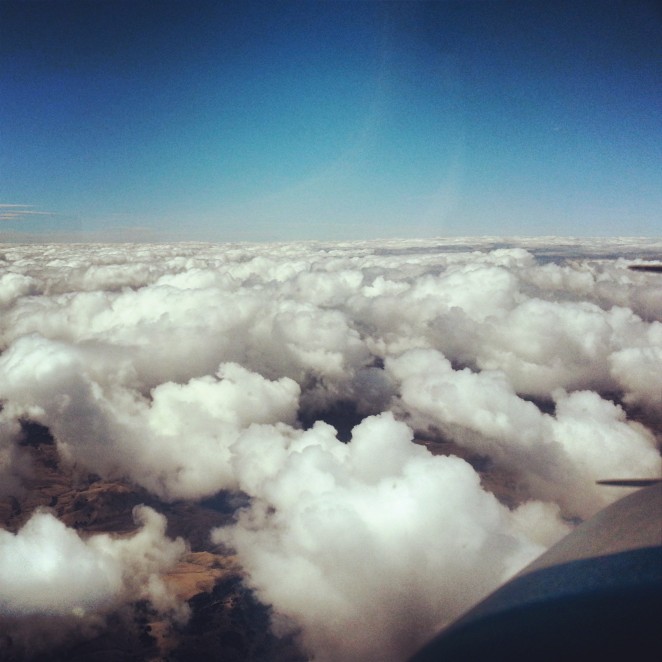 Awesome views whilst flying at 6500ft over the coast near Raglan 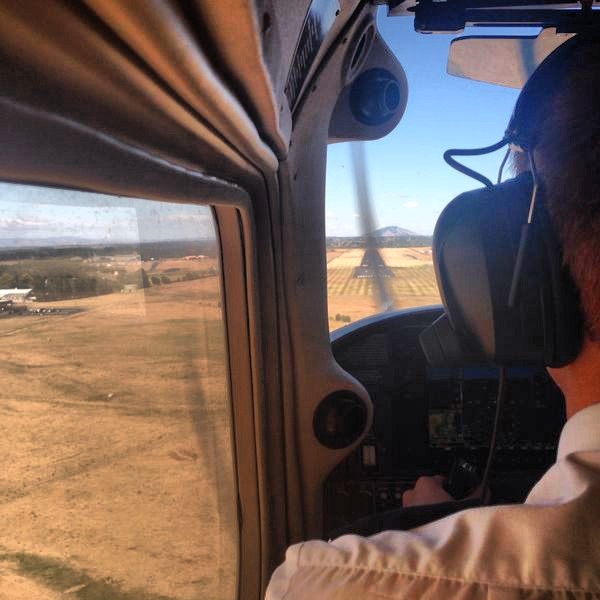 Me on finals for Runway 18L!

As is always the way, the course out in New Zealand is passing by very quickly. After completing our Air Law and NZ Differences exams, the flight training started with four simulator sessions looking at the basics of flight, the G1000 system, as well as a brief introduction to IMC flight to allow us to appreciate the differences even at this early stage of training. After that, we began lessons on basic control, steep turns, stall, stall recovery and circuits and circuit emergencies in the Cessna 172. The lessons are all 1.3 hours in length, and cadets usually report to the training centre around two hours before the off blocks time to allow time for flight preparation, which includes:

Firstly you will log on to ‘MetJet’, New Zealands aviation weather service, and print off the latest forecast which contains SIGMET (significant weather), Analysis and Prognosis charts and the METARs and TAFs for selected airfields. After checking the latest NOTAMs, it’s time to complete the aircraft performance and mass and balance calculations. The performance consists of takeoff and landing figures and is done for each airfield being flown into on a particular flight, and the mass and balance is there to ensure that the aircraft remains within limits throughout the flight with the desired number passengers and fuel upload. These are important calculations which we will be doing a lot of in the airline environment, so it is good to get used to it at this relatively early phase of the course. After all the ‘admin’ is complete, it’s time to check the aircraft tech log for any defects and then pre-flight the aircraft. The full pre-flight is a thorough check of the airframe and systems on board the Cessna and includes an in depth check of the airframe and controls, as well as lights and electrical systems (i.e. Flaps) and, of course, the oil and fuel on board. Once the pre-flight is complete, we return to one of the briefing rooms for a lesson brief before returning to the aircraft to begin the flight.

CTCs crew room, where we plan for our flights

As I mentioned earlier, time has flown by since our first lessons in the simulator, and after a further nine lessons in the Cessna 172  it was time to do our first solo flights. I was booked in first, which worked out well as I had been flying for two days in a row beforehand so I was feeling up to speed and well prepared. After the usual flight preparation, the lesson began with a solo check out flight with an instructor which covered the circuit procedures we had been flying in the previous lessons. After a number of circuits, we landed and my instructor made the call and stepped out leaving me to fly my first solo at Hamilton. I think I was most nervous on the check flight, but as soon as I was by myself it felt very familiar to my solo flying back in the UK. That said however, it of course felt absolutely amazing to fly solo again after all this time and really made me think about how far we have all come since starting ground school in July last year. I flew one circuit and landed back on the main runway to a quick congratulatory message from ATC – an awesome day!

Everyone has now gone solo, and we have since flown another couple of solo sessions in the circuit as well as three more simulator flights looking at VOR, NDB and GPS navigation. It has been great to have initial experience at this in the simulator as it has given us the chance to have a more in-depth look around the G1000 system and both plan and fly routes with real world departure and arrival procedures in a multi-crew environment. For example, on our last lesson we planned a route from Hamilton to Tauranga using the G1000, including standard departure and arrival procedures all in IMC conditions. To finish off the lesson, we also flew one of the curved approaches into Rotorua! Next week marks the beginning of our navigation phase in the Cessna, where our lessons become two hours long and involve venturing out further across the North Island. Our first navigation route is shown below, and on it we will get our first taste of cross country navigation in New Zealand and take a first look at conducting practice forced landings (PFLs) which prepare us for the highly unlikely event of an engine failure or other serious abnormality en-route which would require us to put the aircraft down in a field. The navigation flights also involve a lot more preparation from now on, as the pre-flight preparation now has the added element of route planning where we need to annotate our charts with all the route details and work out times, headings, expected fuel burn and airspeeds for the trip.

Away from training, I also had a chance to help out at one of the Open Days here in Hamilton which was a really fun day. It was great to meet so many aspiring pilots and tell them more about training with CTC and the airline career in general. We gave talks and tours of the facilities, and it certainly felt odd at times to think that I was in that position less than a year ago, being shown around CTCs Nursling training centre – proof at how quickly things can fall into place! Myself and my course mates have also taken the opportunity to see more of this amazing country in our spare time, with our most recent road trips taking us to Auckland and the Coromandel.

In Auckland, we had a good look around the city and the harbour, went up the Sky Tower to get a brilliant panoramic view of the city and visited some of the extinct volcanoes, such as ‘One Tree Hill’, which are dotted throughout the city. The Coromandel is somewhere I have always wanted to visit since I started looking at New Zealand, and it certainly did not disappoint! A visit to a beach with hot springs was first on the agenda, which is where hot water flows under the sand from the nearby springs allowing you to essentially dig your own hot tub – a great way to wake up and start the day! We then ventured further up the coast to the very picturesque ‘Cathedral Cove’, which is by far and away the best beach I have ever visited. I’ll let the pictures do the talking on this one, but needless to say it was an amazing experience. After getting back to Hamilton we drove over to the university grounds to view the ‘Balloons over Waikato’ festival where there is a firework and balloon display in time to music – very impressive stuff….

This was just the view from the car park! 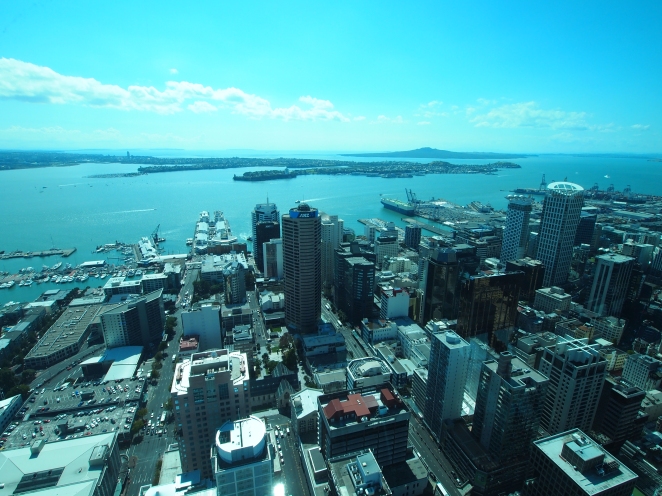 Auckland as seen from the Sky Tower 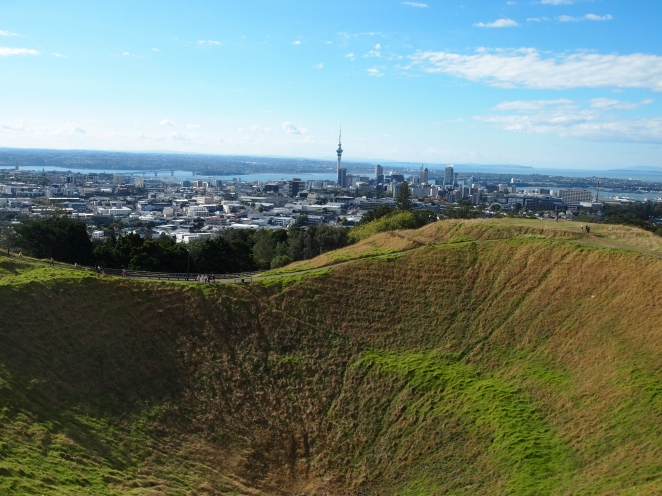 Auckland as seen from the top of Mt Eden

The end of the NightGlow!

Just before I finish up, recently I have had a number of people contacting me with some very similar questions, so I thought I’d post them below for others to see. As always, you can contact me through my website by clicking on the ‘contact me’ icon. I’m very happy to answer your questions!

Q) What do cadets do about cars in New Zealand and how far is your accommodation away from CTC?

A) Cadets usually group together to purchase cars for use in New Zealand. Some opt to share one car between 3 or 4 cadets, whereas others (ourselves included) buy a number of cars between a larger group. It’s down to personal preference, but so far having three cars to choose from has made arranging travel to the training centre very easy, and our eight-seat people carrier is not only great for long journeys and day trips, but also mass briefs which we are all required to attend. All cadets will now be housed at Clearways, and it takes about five minutes to get to the training centre.

Q) What are the room options at Clearways?

A) The rooms at Clearways are a mix of single room with en-suite and a kitchenette, or two single rooms sharing a kitchenette and en-suite. The majority of rooms are single occupancy, and they are allocated at random. All of the room furnishings and equipment are near identical, and Clearways also has two gyms (weights and cardio), a volleyball court, basketball court, free use of a nearby sports lounge with pool and snooker tables plus a couple of dart boards, and free use of the tennis courts and swimming pool at the nearby airport hotel. It’s a great place to live!

Q) [The big one!!!] Will the EasyJet MPL programme be re-opening this year?

A) YES!! Keep an eye on the CTC Wings website for more information on the 2014 course coming out over the next couple of weeks!

The next few weeks should be pretty exciting as we progress further with our dual navigation flights and begin our first solo navigation flights so expect more posts, pictures and videos very soon! I have also posted some course pictures on my Flickr page which you can find here. Speak soon!